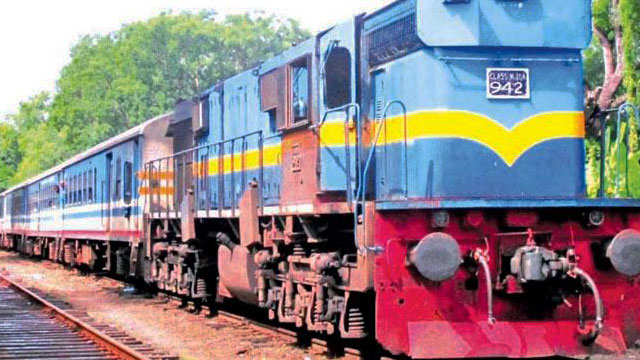 My experience in Colombo to Batticaloa express(?) Train

Everyone loves to ride on the train. It’s comfortable, you can enjoy the view and its less time-consuming. That’s what I thought as well until I took the pleasure of taking the journey in Udaya Devi, so-called express train to Batticaloa.

I have been heard many stories from disgruntled passengers about the wonderful train service in Sri Lanka. So when a frequent commuter gave a nice speech about the awful state of the carriages and the quality of the ride, I thought he is just exaggerating.

To my surprise, the problems started even before the journey started. I tried to book tickets online from the wonderful website of the Sri Lanka Railways, (http://www.railway.gov.lk/) which has no option to reserve, even though it comes 1 st in google results for search term “book train tickets online Sri Lanka”

Then I had the bright idea of booking through Dialog, my mobile carrier. Oddly enough they charge Rs. + taxes per minute for the call on top of the ticket fee, reservation charge, and taxes. Not too bad, I thought. After going through the automated call line and finally getting to the operator after a few minutes, I was surprised to find only Udaya Devi cannot be reserved through this service. I have to go to
a station in person and book a ticket.

Still not too bad, I was quite close to Nugegoda Railway station. I went there and asked for a ticket. I was told I can only book train tickets from Fort, Maradana or Wellawatte railway stations. Slightly irritated, I decided to call Wellawatte station before I leave. After a few repeated tries, I managed to get through to them only to find out their ticket machine is broken.

The train starts the journey from Fort to Batticaloa at 6:05 am in the morning, arriving at Batticaloa at 3:45 pm. So I woke up around 4 am and took a tuk-tuk (very hard to catch one at 4 am, no luck with Uber either) and arrived at the station at 5:30 am. Udaya Devi arrived at the platform around 5:45 am, and after a bit of a struggle (strongest only survives, if you tried to get a seat of your choice) I and my travel
partner managed to get 2 seats.

The train departed Colombo Fort exactly at 6:05 pm, which is a rarity among Sri Lankan people and services. On the downside, the seats we had were horrible and will deform your posture if you finish the journey! If you are planning to take the journey to Batticaloa on a train, avoid these seats at all costs!

As for the quality of the carriages, these are really old and needs a full overhaul. It is noticeably irritating when you pay for a 2nd class ticket just to find out 3rd class carriages are new and in better quality. The ride is so bumpy sometimes, you can easily dislocate joints if you are not very careful!

Even though we bought 2nd class tickets (there are no 1st class in this train), I honestly can’t see any difference from the rest. People were fighting for the seats and some travelers were standing. On the mid-journey, some ticket inspectors, lovingly called ‘Tikkas’ by the Sri Lankan community started pouring from both sides and got hold of some poor fellow who traveled without a ticket. If you take a 3rd class ticket and travel in the 2nd class that’s an offense too. But I think most of them got away with a warning. The fine for traveling without a ticket is Rs. 3,000/- according to this news article by Daily mirror.

After spending one hour on the spine altering chair, I went to the other compartments for a better option. In one, I found a better seat used in an intercity train to Kandy. Those seats were way better than the new ones!

The cleanliness of the carriages are not up to any standard. Watch out for health and safety from get In to the train, opening/closing of windows (use BOTH hands to lift up!), going to the loo, etc.. The passengers are not helping either. Scattering litter and junk is in another level and worse, they throw all the polythene containers out of the window to the jungle.

I think the journey can be finished with 6.5 hours. For some reason, the train stops at some stations for more than 10 minutes. I was told this is to let passengers to grab a bite or so, but we waited more than 15 minutes and rode backwards to allow a train to pass us, so we can go on.

The other interesting thing is this is not an express train. It stops in all the stations, albeit its only for less than one minute. Fair enough, since this is the only train that runs to Batti within the day.

The only upside is the lovely view and friendly local vendors come up with various fruits and snacks. The food is pretty cheap and has many seasonal fruits like mangoes and wood apple.

Last but not least, fun fact! All Sri Lankan trains which have toilets just dump the load on the tracks! So next time if you plan to take a stroll on the rail tracks thinks again.

PS: I did some research and oddly enough, it’s a common practice among train operator around the world! Talking about sanitation!