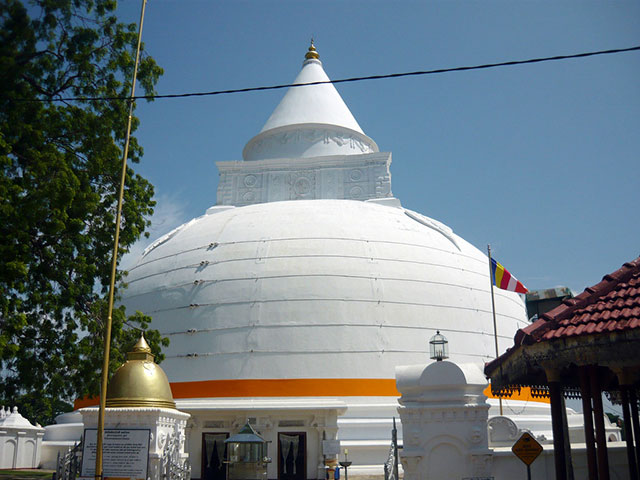 According to ancient folklore, the Tissamaharama stupa built by King Kavantissa of Ruhuna in the 1st century BC is the most worshiped and largest. This stupa was built in the 3rd century BC by the local King Mahanaga and enlarged the King Kavantissa temple.

The Tissamaharama Stupa is the largest stupa in the Southern region with a circumference of 156 feet and a circumference of 550 feet. According to the legends, King Kavan Tissa had obtained blessings and advice from the king’s spiritual adviser, Arhant Gothama during the construction of the Tissamaharama Stupa. The stupa was erected to commemorate the arrival of the Buddha in the same place where he spent time in meditation with 500 Buddhist monks. The stupa has a bubble shape and is made of brick on a rectangular platform made of stone. King Kwan-Tisha received instruction from Buddhist monks throughout the construction of the stupa. The relics mentioned in this stupa are debated. According to the Mahavamsa, the anterior relic (Lalatha relic) is the main relic of the Tissamaharama Stupa. However, some believe that the Buddha’s anterior relics were temporarily buried in this stupa but later inserted in Seruvila Mangala Maha Chetty. A recent discovery of a pillar in Kirinda reveals that the left tooth relic of the Buddha is also placed in this stupa.