The Statue Of King Parakramabahu 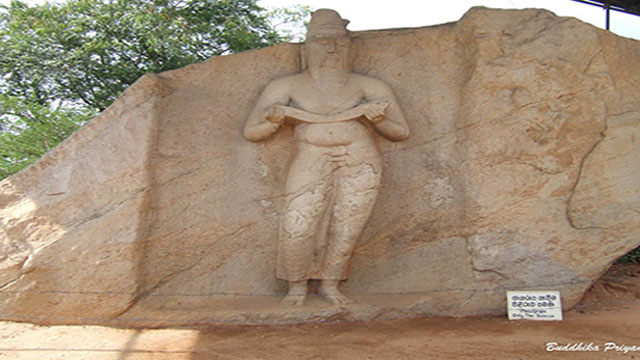 You can easily reach the statue of King Parakramabahu by the Parakrama Dam. King Parakramabahu was one of the great kings of ancient Sri Lanka. With the end of theAnuradhapura period, the Kingdom was shifted to Polonnaruwa. Later, another rulership was established under King Vijayabahu. King Parkramabhahu was the person who built the entire city with all the infrastructure and other amenities.

The statue elaborates the greatness of the statue. It looks like it was coming out of the Eula book (Pus cola pota). The king with long beard, large belly but strong shoulders and hair are the distinguishing features of the statue. Located in the Pott Gul Vehera area, formerly a library in ancient Sri Lanka, this version of the Prettyphoto is greatly supported. The rounded shoulders show that the king is almost strong. The right leg is relaxed and the left is supported. The king is dressed in a simple suit. Senarat Paranavitharana, a great archaeologist and historian, says that its strength is the embodiment of glory and pride.

There is some doubt as to the identity of the statue. One is the representation of a man of the Lambakanna clan with hair on the left shoulder of the statue (symbol of the seed of the Lamb). A small ruined dagoba can be seen near the statue. Perhaps it was the King’s cemetery. Another version is that the statue belongs to Agastya or Pulasthi.Because of the Indian architectural patterns used by the designer.

It is often considered the embodiment of King Parakramabahu. He built the

Parakrama Samudra (Parakrama Dam) but did a great service to the irrigation system. The reservoirs built by the king still provide safe water and sanitation services to the community.