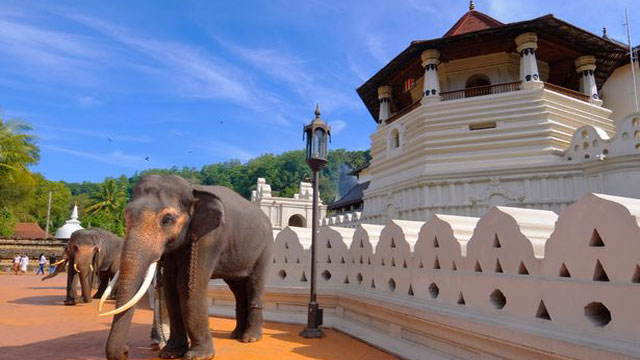 Sri Dalada Maligawa(Temple of Tooth) is a sacred place where the Tooth Relic of Lord Buddha is placed. It is located in Kandy, the last capital of the Sri Lankan kings. Princess Hemamali and her husband(Prince Dantha) the Tooth Relic arrived in Sri Lanka from Kalinga. It was during the reigning king Sirimegawnna of the Anuradhapura. The king placed it in the Megagirivihara (now Isurumuni). Since then it has been the responsibility of the king to protect the relics. As a result, the kings built the Tooth Relic Temple very close to their royal dwellings. The present  Paththirippuwa was built by King Veeranarendrasinghe. During the reign of Sri Wickrama Rajasinghe, the octagonal Pattirippu and the moat were added. Royal architect Devendra Mulacharya has the honor of constructing the Pattirippuwa. In 1987, Prime Minister Ranasinghe Premadasa built the golden roof above the main chapel and the golden fence around the main shrine.

Today the Dalada Maligawa is considered as a sacred place not only for Buddhists but also for foreigners.