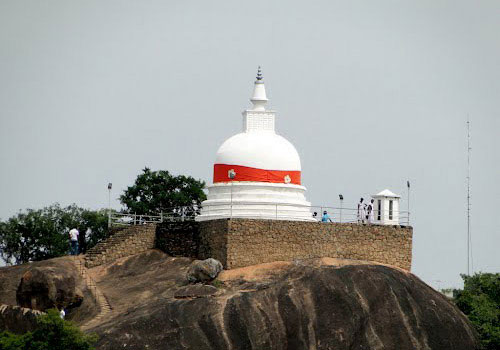 Two temples are placed on the amazing rock. From there, the Great Sithulpawa Rock is 400 feet high. Situlpawa Dagoba, situated on the top of a rock, can be visited by a staircase the rock. Beyond the Dagoba is a complex of caves. This cave temple is 67 feet high and 30 feet long. These caves were built to provide shelter and accommodation for the monks. The main cave wall paintings date back to the Anuradhapura period. Excavations uncovered several Brahmi inscriptions found in the area. It is believed that this temple is a huge shrine for devotees as well as the center of Buddhist students.

The Vihara Gaya (idol house) still has some frescoes. You can go for the rock caves, poya gavel (chapter houses), bodhi ghara located in the temple complex. You will encounter several ruins of dagabos built. There are also numerous ponds decorated with lotus flowers. The hall can be seen among the eastern ruins of an ancient sermon