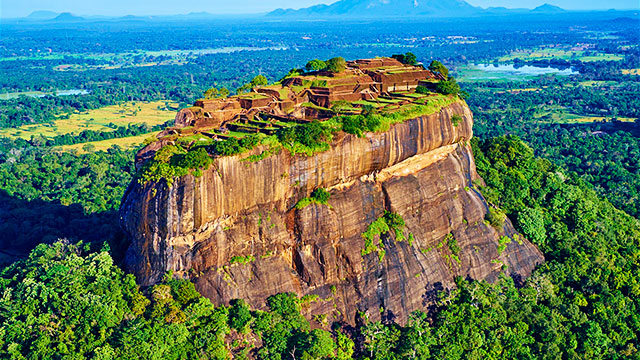 Sigiriya is considered to be one of the eight wonders of the world and this ancient palace and the fort are of considerable archaeological importance. It also attracts thousands of tourists every year. It is believed that the Sigiriya rock was built during the reign of King Kasyapa and was the height of about 200 meters. It is a massive construction that was completed in just seven years. It’s a combination of a fun palace and an indestructible castle. It is surrounded by parks, ponds, and other structures. Sigiriya is considered the best-preserved city center in Asia.

King Kashyapa used it as a Buddhist monastery before the Reformation and After his death, the monks used it as a monastery. The Sigiriya Complex consists of two central and two rectangular areas, surrounded by a moat and three forts. The most prominent feature of this rock is the lion staircase leading to the palace garden. The lion’s open mouth is made of brick and wood, and today only the two feet and the masonry wall around it. The western face of the rock is covered with paintings. The women portrayed in it are known as Sigiri Apsaras.

The park is the oldest landscaped garden in the world. It is built on four elements, namely aquatic gardens, caves and rock gardens, and terraced gardens. The wall, made of porcelain, is decorated with the lyrics of the tourists. They are popularly known as Kurtu Gee and it is currently prohibited to write Kurutu Gee.