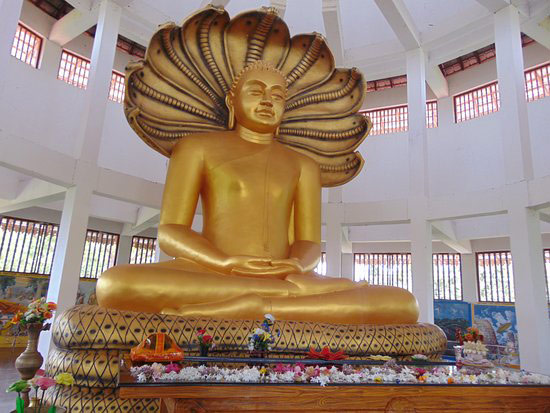 The Seruwawila Raja Maha Viharaya belongs which is among the sixteen or seventeen holiest Buddhist shrines (Solosmasthana) in Sri Lanka. Raja Maha Viharaya is an ancient Buddhist temple located in the Trincomalee District of the Eastern Province. It was built during the reign of King Kavantissa (2nd century BC).The Buddha’s Lalata Dathun Wahanse of Lord Buddha (sacred forehead bone) is placed in Seruwawila Chethiya. The Seruwawila sacred site is accessible by land and sea.The sea route begins by boat from Trincomalee to Muttur, another 16 km by road, and the land passes through Kanthale to Allai, about 45 km through forest.

It is said that this sacred place was revived with the arrival of Dambagasare Sri Sri Sumedhankara Thera, the chief Sanganayaka of the East Tamankaduwa Division, the Anunayaka of the Sri Kalyanawansa Maha Nikaya. The temple was restored by the Venerable Thera to restore the dilapidated stupa.The Chief Incumbent  of the Seruwawila Raja Maha Viharaya is Munhene Meththarama thera Ven.Thousands of Buddhist pilgrims from all over the country have been able to enjoy the Perahera. This historic sacred site has attracted the attention of not only local Buddhists but also foreign tourists.