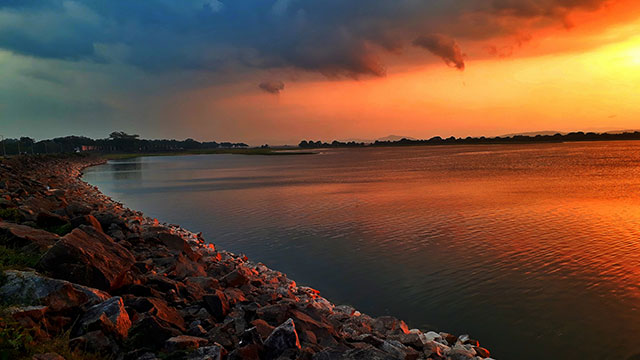 Sri Lanka has two large monsoon seasons, which last for about three months. The rest of the year is dry and hot, with the exception of a few thunderstorms that cause a bit of heat at night. This climate can have a devastating impact on those who live off agriculture due to lack of regular water. In an effort to alleviate this problem, many ancient kings built water-regulating tanks.

The new technology has neglected the old technology that built the tank to further reduce tank capacity. Today the Parakrama Samudra Dam is 8 miles (14 km) long and 40 feet (12.2 m) high. The average water depth of 5350 acres is about 25 feet. The reservoir provides water to over 18,000 acres of paddy fields.

The term “Wave Bendi Rata” (Reservoir ) is used to describe the city of Polonnaruwa because there is a large number of tanks. One of them is the Parakrama Samudra.