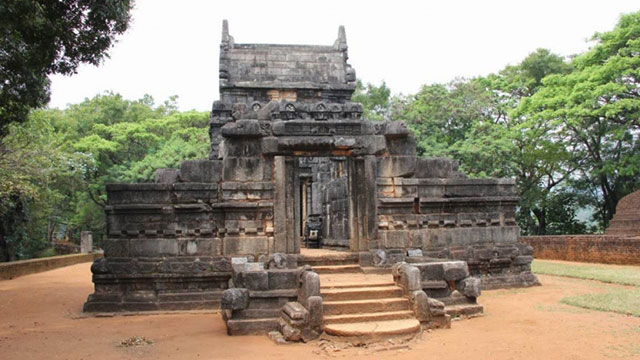 Nalanda Gedi’s structure dates back to the 8th and 10th centuries.The building was built in Tamil style (Pallava style) and is believed to have been used by Buddhists.Some scholars describe the building as a Tamil architecture dedicated to the Mahayana pilgrimage, with a pronounced Tantric learning, and is famous for its ancient monument to Vajrayana (technological) Buddhist relations.

Nalanda Gedige has designed a pavilion of a Hindu temple, a hall, an entrance hall (originally a roof), a short walk to the empty cello, and an ambulance around the holy center. There are a limited number of early Hindu statues in the temple, however, above the sanctuary is a statue of the god Kubera on the south side of the timpanam. This feature is only found in Sri Lanka.

The richly decorated facial features, which were painstakingly re-assembled in 1975, are mainly in South Indian style.Although they cannot be specified, it is believed that they originated between the 8th and 11th centuries.