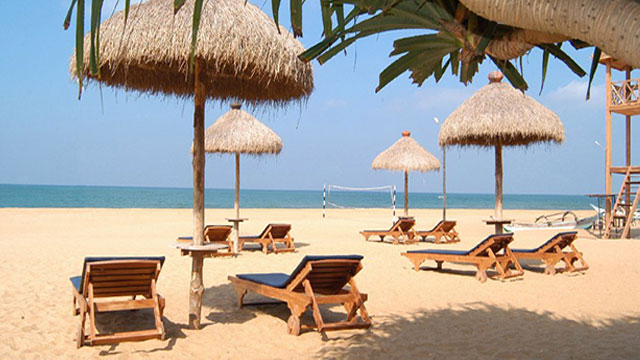 Mount Lavinia is a suburb in Colombo, Sri Lanka known as Colombo‘s beach retreat and covers an extends of 2109 hectares.

The area’s name emerged in 1806 when Sir Thomas Maitland, the second governor of Ceylon, built a private residence there. It was named after his beloved local dancer Lovina Aponsuwa. The other view of the origin of the name mount Lavinia is that the Sinhalese who lived on the coast called it ” lihiniya kanda” or “lihiniyagala” in the past.

The local name for the today is galkissa – kissa being a somewhat obsolete Sinhala word for rock. Legend has it that a huge treasure was sunk among the rocks. Although Mt. Lavinia is mainly a residential area, it has been a source of fresh air to the city’s residents for many years.