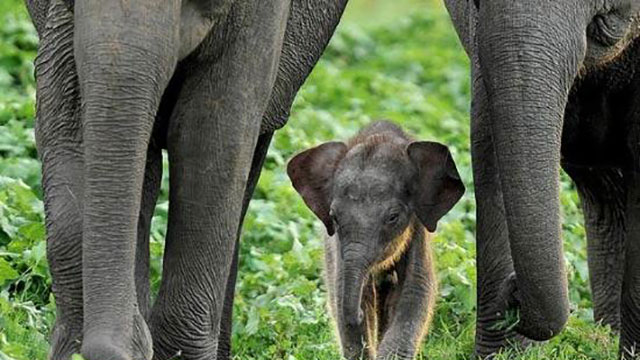 Minneriya National Park is a national park located in the North Central Province of Sri Lanka. On August 12, 1938, the area was declared a national park and was originally declared a wildlife sanctuary. The reason why this area is declared safe is the protection of tank Minarea and surrounding wildlife. Built by King Mahasen in the third century, this lake has historical significance. The park provides cover for wild elephants in the Matale, Polonnaruwa and Trincomalee Districts.

This region is located in a dry zone of Sri Lanka and the average rainfall is mm. 1,500–2,000 (59–79 inches). The wet season lasts from October to January during the northeast monsoon and is considered dry from May to September. Some of the main habitats are lowland canopy montane forests, intermediate high canopy secondary forests, scrub forests, grasslands, rock yields and wetlands.

The National Park fauna includes 24 mammals, 160 birds, 9 amphibians, 25 reptiles, 26 fish and 75 butterflies.A large number of Sri Lankan elephants are attracted to the grasslands along the reservoir during the dry season. Lake Minneriya contributes to the maintenance of a large herd. The number of elephants assembled here is about 150-200. In some reports the number of elephants is as high as 700. They migrate from the Wasgamuwa National Park, and benefit from the park’s forest food and lodging. Tourists come to the miieriya to visit the elephants, often in the dry season.

Once you enter the park, you have the option of exploring on foot or renting a car. The garden has beautiful views and one can take stunning photos to capture the memory.