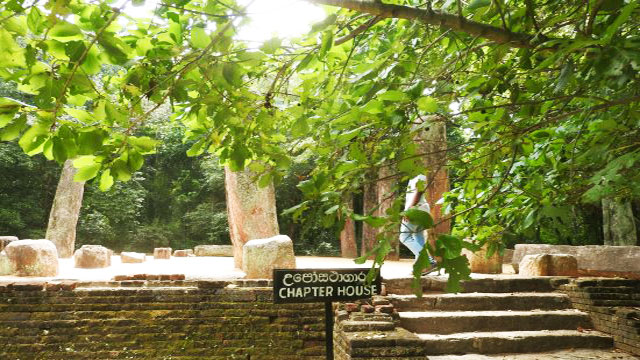 The Menikdena Archaeological Reserve covers two hectares of land, while the Arboretum covers fourteen hectares of forestland. This monastery is situated at between the beautiful Menikdena Wewa and the Nakula (Menikdena) mountain. History of Menikdena Monastery Archaeologists believes it dates back to the third to the fourth century. It is also said that King Vijayabahu I used it as a military base in the war against the Cholas. The Menikdena monastery consists of five structures. The entrance to the monastery is from the direction of Menikdena tank. There are six broad stone steps and an empty moonstone, surrounded by guard stones. Also to the right of the staircase is a stone pillar.

This monastery has been declared an Archaeological Reserve in the 1957s.