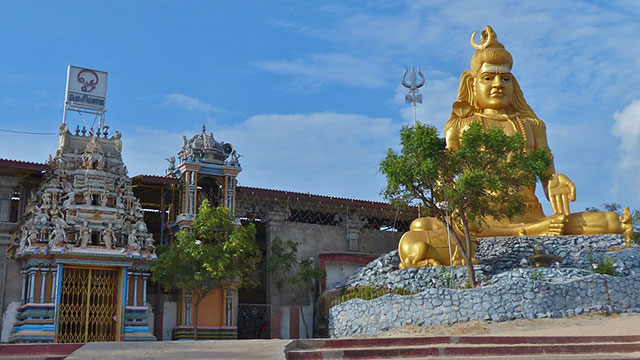 It is said to have been built about 1580 BC. It is created of Indian architects and sculptors. Another remarkable feature is that the main temple of Koneswaram Temple was built on a rocky rock. A hall with a thousand pillars is used for religious and cultural ceremonies. But during the colonial era, this temple site was completely almost destroyed.

Bronze and gold statues of Hindu deities, Shiva and Parvati were found some 300 years after the temple was destroyed. Sir Arthur C. Clark and photographer Mike Wilson uncovered stone carvings, inscriptions confirming the history of the temple. The specialty is the discovery of the original Swayambhu lingam. It is considered one of the 69 natural lingams in the world.

The temple has been renovated by the Tamil and Hindu people of Trincomalee and has been revered by many to this day.