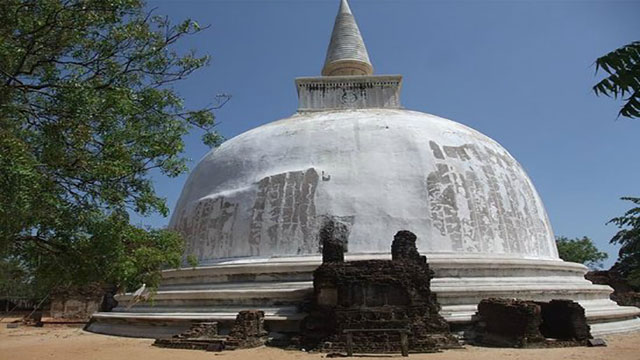 This is the second largest stupa in Polonnaruwa. It is said to have been built by King Parakramabahu (1153-1186) known as “Subhadra”. Its original name was “Rupavathi Stupa” which is also a part of Alahana Privena which is 80 feet tall today.

It is the only stupa to survive the 900 year old forces of nature and is still in its original state. There are many small stupas that are refreshed around the kirivehera. These have been identified as the tombs of high priests and royalty. It was AD. Built in the 11th century, whitewashed plaster, as the name of the stupa, still stands in several places. Milk temples are quite simple in its design, there is no incredible detail in any background.