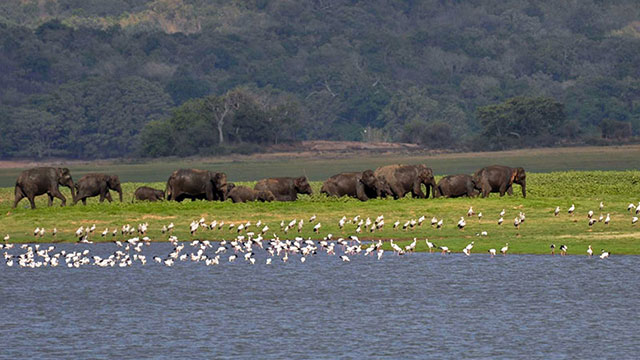 Kaudulla National Park is a national park on the Polonnaruwa. It was declared a national park on 1 April 2002 and became the 15th national park in the country. This is one of the 16 irrigation tanks built by King Mahasudha of Kaudulla. It was renovated in 1959 after being abandoned. It now attracts a variety of flora and fauna, including large mammals, fish and reptiles. Kaudulla has been identified as an important birding area.

The best time to visit Kaudulla National Park is from August to December and the elephant population exceeds 200 from September to October. However, elephants can be found at any one of these parks at any time of the year. Apart from the elephants, there is much to see. Lizards, small black bears, crocodiles, deer, many monkeys and beautiful colored birds. There are many species of leopards, such as leopards.This national park is also a popular destination for foreign tourists visiting elephants.