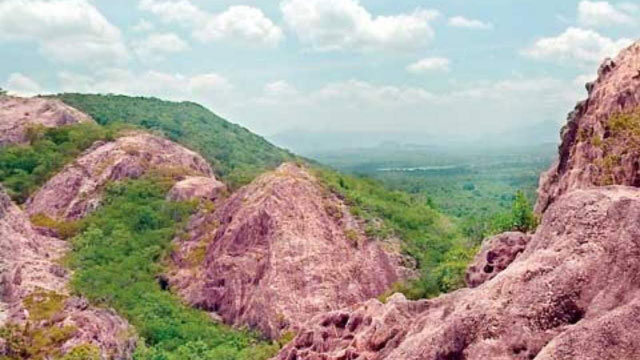 The National Namal Uyana in Galkiriyagama, the largest Rose Quartz mountain in South Asia and the largest Ironwood forest, is spread over an area of ​​972 hectares. It has been declared as a National Forest Reserve in the year 2005. The forest is rich in biodiversity and there are more than 18 species of birds and many mammals including elephants, leopards, monkeys, and deer.

According to research, the main constituent of the rose quartz is silicon dioxide. It also contains 250 million-year-old plant fossils. Legend has it that Emperor Shah Jehan obtained the rose quartz from this unique mountain range to construct the Taj Mahal.

Originally built as a sanctuary for Buddhist monks during the reign of King Devanampiyatissa, it was later used as a prison. The ruins of a small ancient chaitya, the ruins of an ancient temple, huge stone pillars, a rectangular Buddha statue, and the moonstone a meditation center for Buddhist monks are evidenced here. Another remarkable feature is the presence of an ancient water jug. Clean water spills out of it.

Namal Uyana is a great place not only for archaeological, botanical and biological research but also for curious travelers.