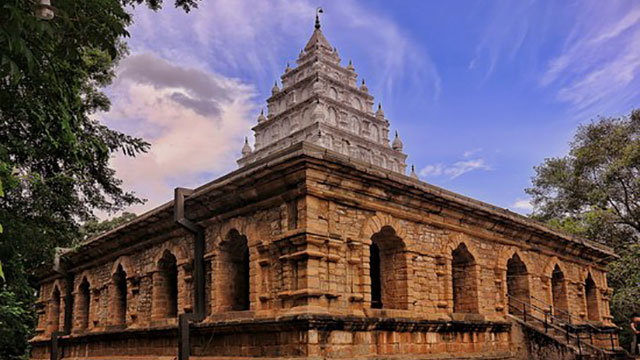 The Galmaduwa Viharaya on Kundasala Road was built by King Keerthi Sri Rajasinghe. Also, the Galmaduwa Viharaya is an unfinished stone temple that combines Hindu and Buddhist architectural elements. It is a mansion showcasing the excellence of stone and brick architects of the Kandyan Kingdom of Sri Lanka.

The lower floor of the Galmaduwa Vihara Mandapaya is made of stone while the upper floor is made of mud brick, stone, and granite. It is believed that the Galmaduwa is named after the pavilion which is made mostly of stone. Ancient bricks carved out of the Brahmi script indicated that there is an ancient Dagoba. Near the eastern building is a temple which was built about 125 years ago. The pavilion is surrounded by a large wall. Also, the semicircular arches with a keystone on the wall show Persian features.

While completing the building, a cave was found in Degaldoruwa, about 2Km from there. When the king’s attention was turned to the cave, the construction of the Galmaduwa temple was stopped. Which has no statues and paintings, has never been used as a temple.

This is a very unique design that showcases elements not found in other buildings of the Kandyan period.