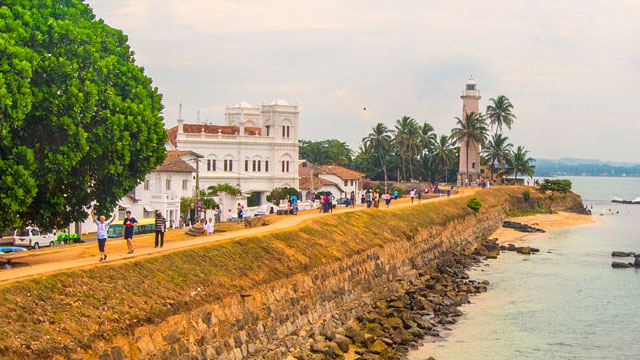 Galle is a major city in Sri Lanka and the administrative capital of the Southern Province. Galle city is the best example of a strong city built by the Portuguese in  South East Asia, blending Portuguese architectural styles and local traditions. Galle city was extensively fortified by the Dutch and the Galle Fort is named a World Heritage Site by UNESCO. The Galle Fort is the largest surviving fortress in Asia built by Europeans.

The first fort was built by the Portuguese in the year 1587, when they captured Galle from the Sinhalese kings. Later, in 1640, the Dutch defeated the Portuguese by fierce battles with 12 Dutch ships and 2,000 men. The Dutch later converted the Portuguese fort into a single fort.

Unawatuna Rumassala is one of the natural geographical features of Galle. This mountain is also associated with the events of Ramayana. The Gin Ganga, the main river of the area, starts from Gongala mountain and passes through the villages such as Neluwa, Nagoda, Baddegama, Thelikada, and Wakwella.

Galle has a tropical climate. January and February are somewhat dry. Temperatures change slightly throughout the year, with average temperatures around 26 degrees Celsius.