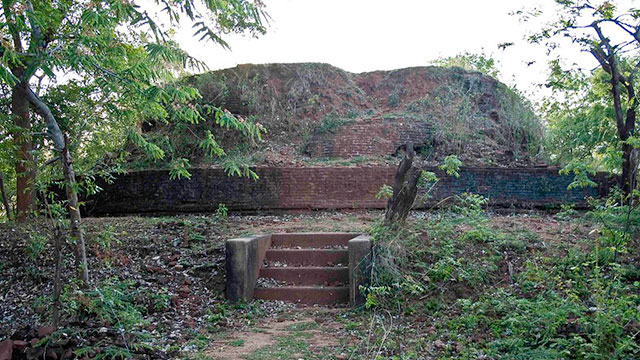 Located in the ancient city complex of Polonnaruwa, this huge imperfect stupa was built by King Parakramabahu (1153-1186) using the labor of Tamil (Demala) prisoners brought from India when he attacked the Soli Kingdom of South India. For some reason he was unable to complete this and later a small stupa was built on the incomplete hemispherical structure. Some believe that it was called “Damahal” (double storey) as it was built in two levels and later became “Demala”.

If he had been able to complete the stupa, it would have been the largest Buddhist monument ever built by a man, standing 186 meters (570 feet) high. The circumference of this vehera is 650 m (approx.). It is said that King Parakramabahu wanted to see this monument from India and the size was planned accordingly. The area was once cleared but has recently been abandoned by authorities.

Today this huge stupa is just a huge mountain covered with trees. There is no evidence that the mountain was a stupa other than a part of the outer ring of about 10 meters.