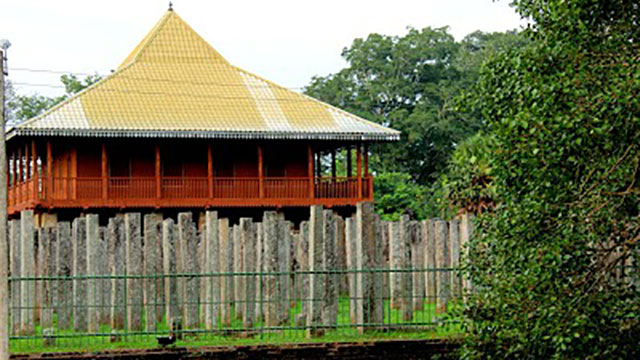 This building located between the Ruwanvelisaya and the Sri Maha Bodhi in Anuradhapura. The roof is covered with bronze tiles and is known as the Lohaprasadaya or Brazen Palace. There are 40 rows for each of the 1600 pillars, and each row consists of 40 stone pillars. It is said that it took six years to build. Initially, King Devanampiyatissa built this building for Buddhist monks to hold meetings. Later, King Dutugemunu built this building with 1000 rooms for rest. The small building now on display was constructed by King Parakiramabahu I. Not only Buddhists but also other religious believers came to this place because of its beautiful structure.