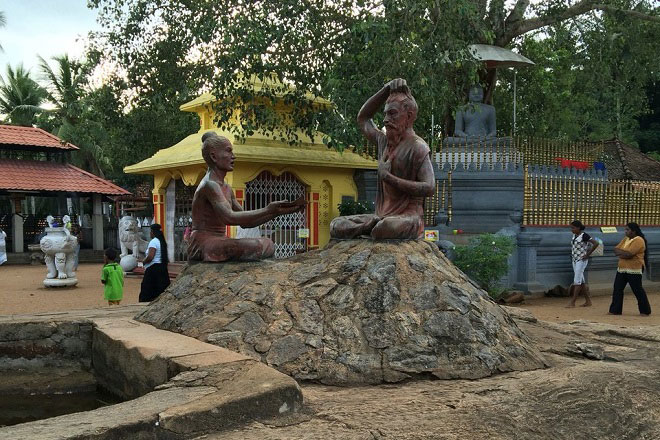 Attanagalla Raja Maha Viharaya, an ancient temple, is surrounded by devotees and tourists alike. A special monument was built to commemorate King Siri Sangbo who sacrificed his head. The place where the king offered his head is in the temple. The Dagoba was built in the monastery. The people believe that Attanagalla was the place where King Siri Sangbo lived after he handed over his kingdom to his brother Gotabhaya (249-262). But some archaeologists argue that this is not the place, but its Hatthikuchi Devalaya in the Anuradhapura District.

This temple was built around AD. It was built by King Gotabhaya during 249-262 and was later completed by AD. Built by King Upatissa in 365-406. This is the only Vatadage left in Sri Lanka and the rest are ruins. The Attanagalla Rajamaha Vihara Watadage is currently maintained and preserved by the Department of Archeology of Sri Lanka.

You can see this newly constructed Bhikkhu training center by former President Mahinda Rajapaksa. It provides a residential training experience for monks.

At the place you can see:

Gwanin or Kanon Bodhisattva Statues:- From China as Mahayana Buddhism.

Sudu Bodhiya :- This is a rare plant in Sri Lanka found only at here

Hallowed Ground: The Place where the King sirisangabo meditated and offered his own head