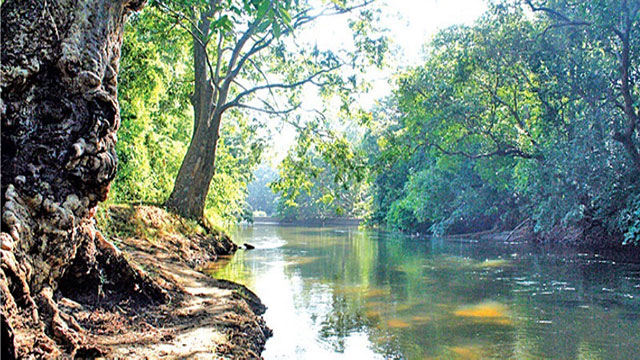 Angamadilla is one of Sri Lanka’s newest national parks. The area was declared a National Park on 6 June 2006. Originally published on 12th February 1988, Angamadilla is a forest reserve in the Minera-Giritale Sanctuary. The park was mainly declared to protect the Parakrama Samudra drainage basin. Angammadilla also protects the water resources of the Minarea and Giritale irrigation tanks, the Sudu Mount and the habitats and wildlife of adjacent forests. Times have in the past supplied water from the Amban River to the Parakrama Samudra with a stone canal. The stone wall of the canal known as the Royal Wall by the villagers.

A mountain range extends from Geritle to Minarea. During the drought, the garden is very dry. During the rainy season, the hills receive more rainfall than the plains. Because the garden has a wet and dry climate, vegetation is a mixture of wet and dry zone plants.

Best time to visit Angamadilla National Park The dry season is usually from May to September. One can see plenty of creatures as they wander around the watering holes this season. Holidays in Angamadilla are in the wet months of November and December; At this point the area receives a northeast monsoon and wildlife scenes are quite rare.

Angamadilla National Park offers the best wildlife safari. Once you enter the park, you have the option of exploring on foot or renting a car. The park has beautiful views and one can take stunning photos to capture the memory. The park has cozy and updated jeeps. You will find not only exotic animals but also ancient ruins and relics in the irrigation system used in the Angamadilla region. Lucky travelers can take a chance to see the Sri Lankan leopard or the wild bird. Elephant Safari, Photo Safari and much more. Tourists can choose safari to their liking.